Philippe de Broca (1933 – 2004), French filmmaker, directed more than 30 feature films, some of which were huge successes such as the adventure films That Man from Rio or The Man from Acapulco, the sentimental comedy The Skirt chaser, or the epic films On Guard and Chouans!

By Henri Lanoë, his dear friend

Philippe de Broca (born on March 15, 1933) liked to point out that his nobility goes back to the religious wars that ravaged the southwest of France and that is why the family coat of arms featured a dead tree, a testimony of the massacres due to his valiant ancestors. This provocative humor accompanied him throughout his life, often troubling his interlocutors. His great-great-grandfather was a General of the Empire, his grandfather and his father came back from the trenches of the First World War covered with citations and medals, and it is undoubtedly this heavy ancestry that discouraged the young man from a military career. But what else could he do? When peace returned, the grandfather had resumed his activity as a painter and the father was making the large photographic discoveries that were used as backdrops in the film studios. Philippe, preferring the image to the handling of weapons, passed the entrance exam to the ETPC, rue de Vaugirard, which trained future camera operators. 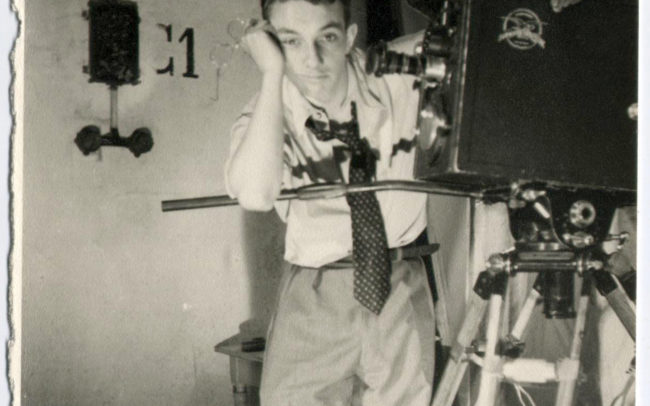 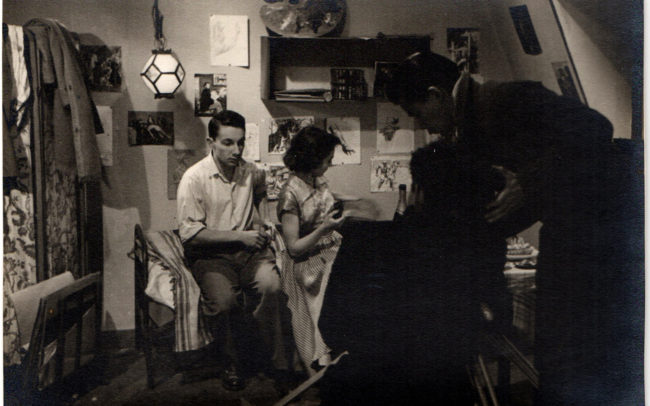 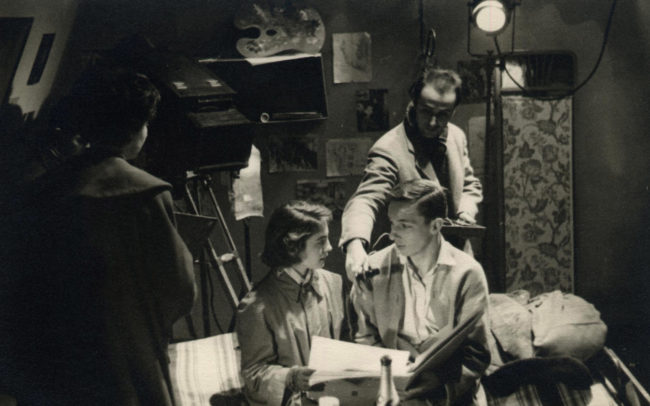 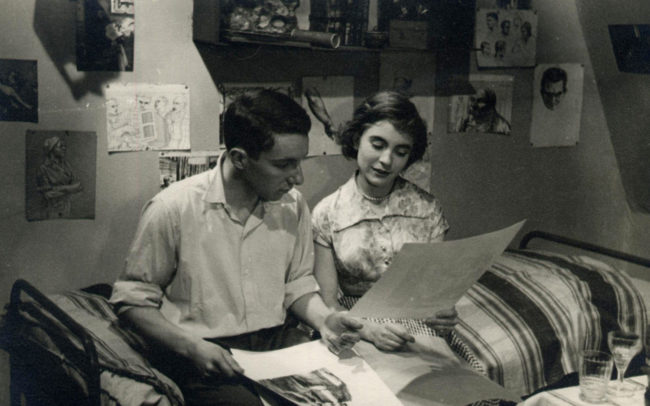 With his diploma in hand, he immediately took part in a crossing of Africa by Berliet trucks, a sketch of the adventure films he was to make later. 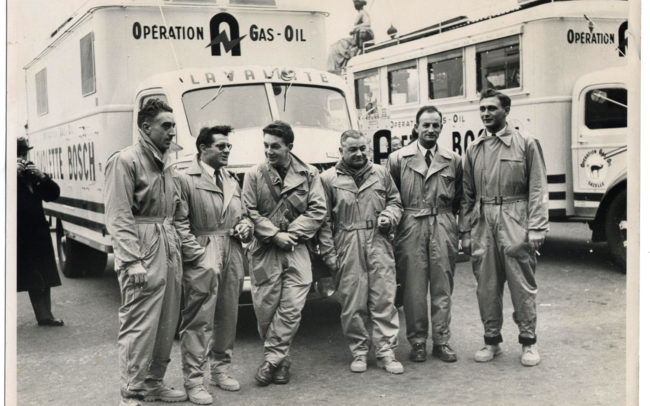 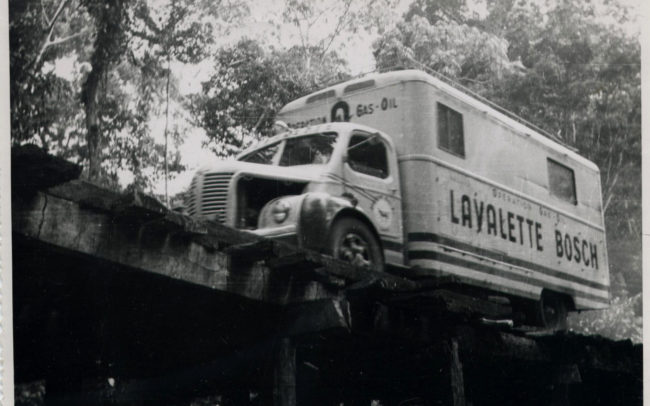 But military service caught up with him and he found himself in Germany in the French occupation zone in Baden-Baden, headquarters of the Army’s Cinematographic Service. As the Algerian war dragged on, the SCA moved to Algiers where Broca maintained his talent by filming operations in the Djebel or the taking up of arms that were shown on the newsreels. He also made training films. 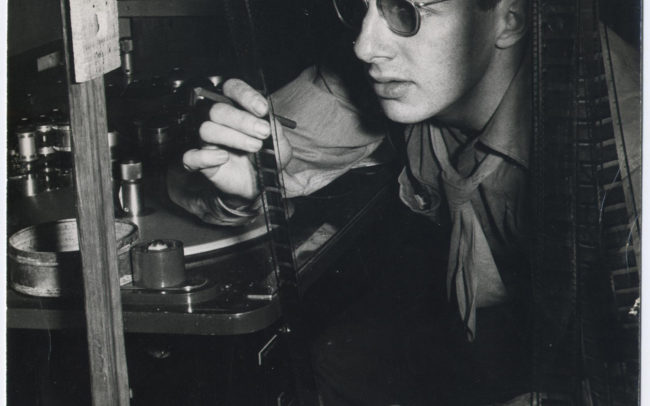 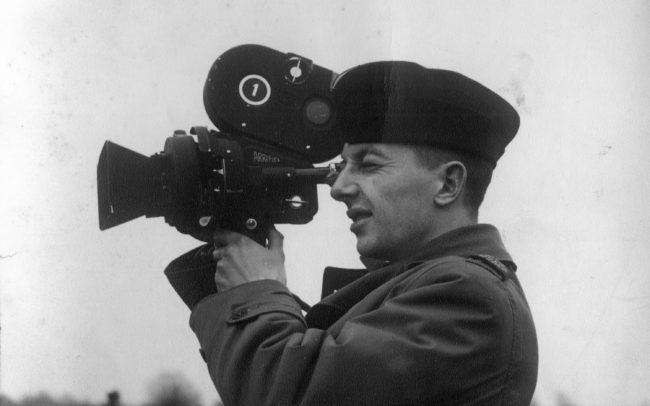 Finally discharged after thirty months of service, he returned to Paris, gave up filming and found internships as an assistant director, with Henri Decoin among others. He was then offered to take part in the first film of a young unknown who was going to shoot in the Creuse, in the middle of winter. After some hesitation, he accepted and met Claude Chabrol who was preparing “Le beau Serge”. Then followed: “Les Cousins”, “A double tour”; then “Les 400 coups” by François Truffaut and “Ramuntcho” by Pierre Schoendorffer. His career as an assistant will stop there because the generous Claude Chabrol offers him to produce his first film. We are in the middle of the New Wave and, among the candidates who flocked to him, Philippe was the only one to have received “professional training”, the others coming from the press, the critics or nowhere. This apparent advantage would turn into a disadvantage that would be reflected in the mediocre reception he would sometimes receive from his colleagues.

Les Jeux de l’Amour, based on an idea by Geneviève Cluny, who plays the heroine, sees the beginning of a quartet that will participate in the next two films Le Farceur and L’Amant de cinq jours: Jean-Pierre Cassel as an actor, screenplay by Daniel Boulanger, image by Jean Penzer and music by Georges Delerue. These fellow travelers will often be found throughout the career of Philippe de Broca who will show great loyalty to his actors and technicians 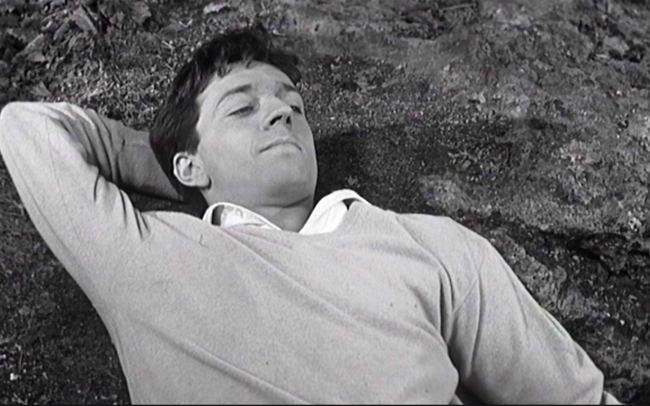 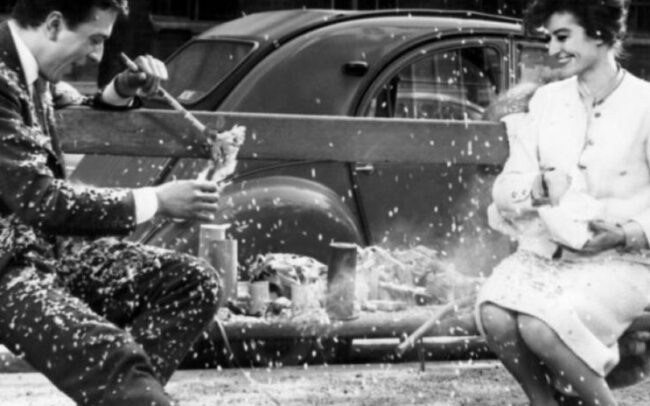 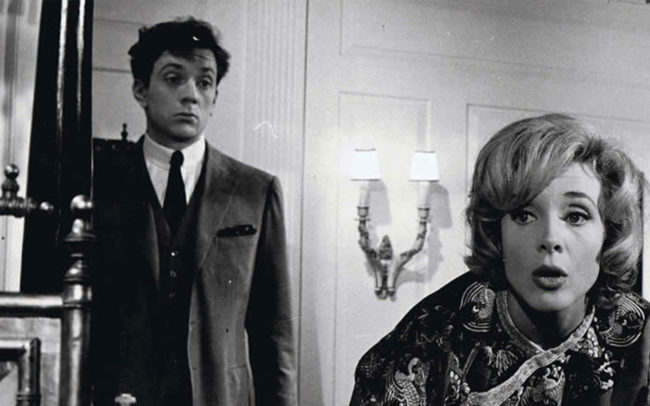 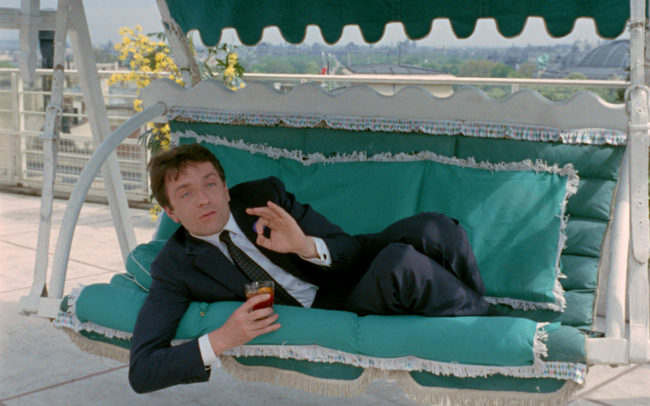 These first three films were well received, emphasizing the freshness and originality of their tone and the discovery of new actors. But it was with Cartouche, starring Jean-Paul Belmondo and Claudia Cardinale, that his talent for sumptuous historical films and wide open spaces, which the Parisian comedies of his beginnings did not suggest, was to burst forth. From this success, Philippe de Broca will alternate sentimental comedies tinged with a touch of insolence, and epic films with great spectacle where his taste for history will be able to express itself. 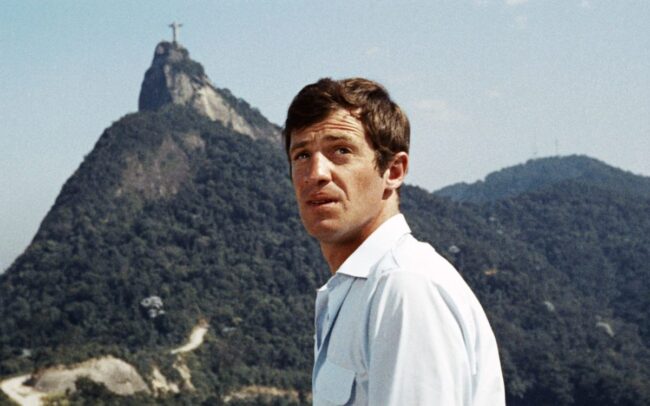 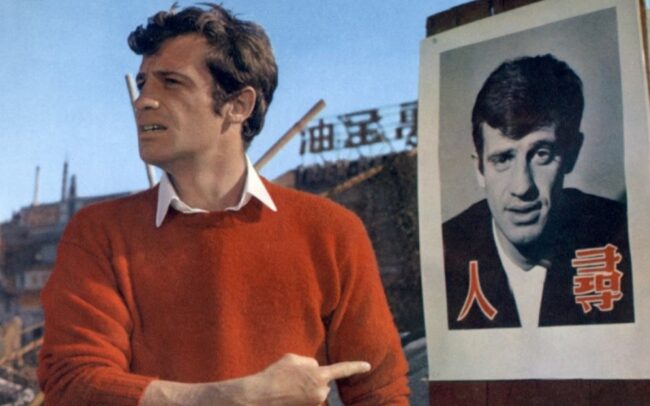 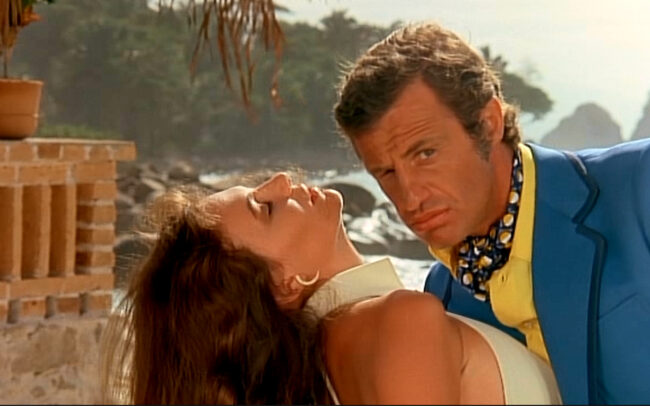 With That Man from Rio, an unexpected worldwide success, he opened a last box: that of the humorous adventure film that plunges an unwitting hero into inextricable situations from which he emerges unscathed, a model that will influence future directors, including Steven Spielberg for Indiana Jones. Since Five Day Lover, Philippe has been supported by two producers, Georges Dancigers and Alexandre Mnouchkine, who have confidence in his talent and will accompany his career for many years. He can now give free rein to his imagination for his next films. 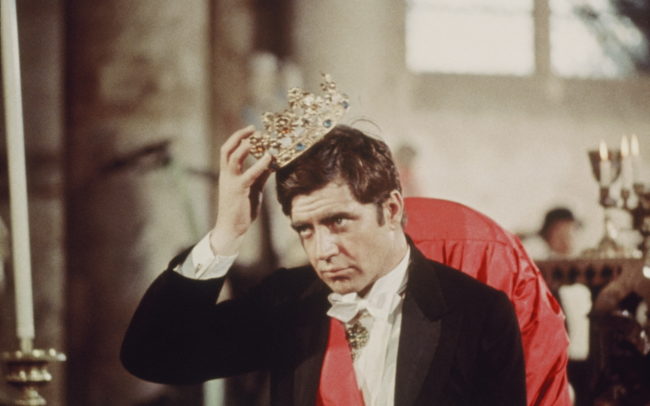 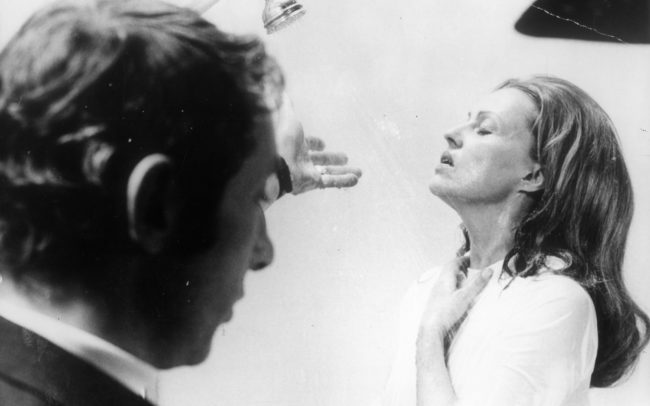 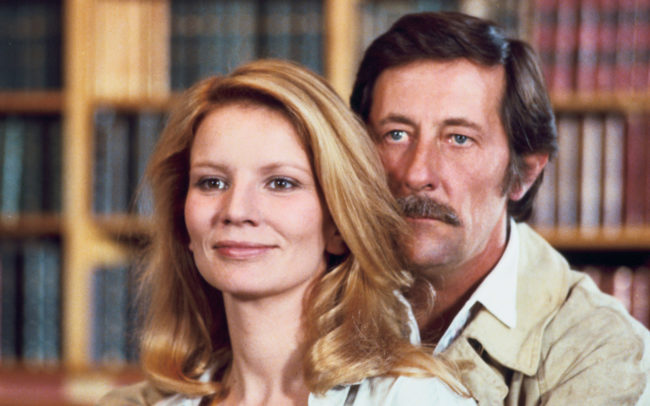 This long career presents a rather exceptional particularity: rarely a director will have produced such a coherent work, an autobiography in disguise, linking for 44 years scripts that reflect, for each period of his life, his tendencies, his tastes and his concerns. There are films of youth, those of maturity and those of the approach of old age. To embody these successive stages, Jean-Pierre Cassel, Jean-Paul Belmondo, Jean Rochefort, then Philippe Noiret essentially embodied these male heroes who will go from casualness to a form of wisdom, following the evolution of this tireless director. Different scriptwriters have collaborated in the writing of these stories, but we find the permanence of a style, a “touch” specific to the world of the director, a mixture of provocative humor, insolence and shyness in front of a heroine who evades and therefore, makes the hero surpass himself. Few filmmakers have this characteristic of “telling themselves” in this way, film after film, and those that come to mind are among the greatest: Chaplin, Bergman, or Fellini… Alas, Philippe de Broca expressed himself in popular comedies, during an era when the tendency to exploit drama, perversions, and violence gradually prevailed over lightness and humor considered a minor genre, and this despite the obvious taste of the public for successful comedy, because everyone knows that making people laugh is much more difficult than making them cry.

Obviously, these twenty-eight feature films were not an uninterrupted succession of successes. But in the three categories that make up his filmography, some films clearly illustrate the world according to de Broca:

It is however in this last category, the most ambitious and spectacular, that he suffered commercial failures that deeply hurt him, like the inexplicable reception of The King of Hearts that inaugurated his brief incursion into the Production (Fildebroc in 1966), while it became one of his cult films. For Louisiana, Chouans! and The 1001 Nights, a possible reason can be put forward: the co-production with television intended these long romantic films to be broadcast in several episodes on the small screen – rather unsuitable for large spaces – but whose stories, rich in interesting adventures, gave rise to endearing characters. Unfortunately, the “short” version of these films, formatted for the cinema, sacrificed so many scenes to meet the requirements of a reduced running time, that it almost turned them into trailers for the television series. 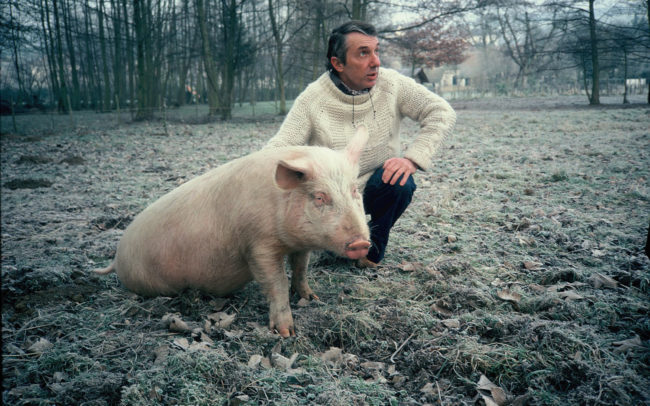 The solution would have been to run them in two episodes – like Marcel Pagnol’s adaptations – in order to preserve the richness of the scenario and the characters, but it was not retained. We had to wait for On Guard, which regained the verve and panache of Cartouche, to enjoy a late but deserved success. : Devil by the tail.

Unlike most of his colleagues, Philippe de Broca did not limit his conversation to professional concerns, preferring to discuss other subjects: Astronomy, History, Navigation, Gardening, Model Trains seemed to be the real passions he liked to talk about, while slitting the throat and plucking a hen from his hen house intended for the guests of his country meals, because he was also a good cook and a warm host, loving to live in the country, surrounded by his family, his children Alexandre, Chloé and Jade, and his friends, when he was not at the end of the world asking for “Action !”.